The Cauldron and The Hammer

I intend this blog as a work of art and a sort of quantum thought experiment.  Art in the sense of it being a presentation of elements designed to affect senses, dreams, emotions and, ultimately, actions. Thought experiment because I believe our visualizations can manifest in the material world and I would test that belief. I’m an artist and I hope that as you read these postings the artist in you will be inspired.  I believe the time is ripe for a hammer strike to the cauldron of our shared reality.  This is why I’ve chosen ‘Cauldron and Hammer’ as the title for the blog.  If you’ll allow, I’ll explain.

I’ve taken the image of the cauldron and the hammer from the early days of sugar
production. Seeing the sugar industry as a metaphor helps me think about our world.  In
early sugar production, juice squeezed from sugarcane was boiled in a large cauldron. A
master sugar maker knew the precise moment in which to strike the cauldron with a hammer
in order to obtain his desired result. In his role he acted as an alchemist, a master
brewer, and an artist. If his blow was administered at the correct instant, concentrated cane
juice in the cauldron would undergo a shift in state - a crystalizing moment and sweet
alchemy. The shock of the strike caused sugar crystals to form throughout the solution and sweetness was made solid. When conditions are ripe to receive an impulse, sweet things can manifest.


The cauldron is a vessel, and a symbol, whose usefulness derives from the empty space
within.  It is receptive and therefore a female form. The hammer is by nature and action a
male symbol.  Joined together they become the Hieros Gamos - symbolic of the marriage of
spirit and matter.  The hammer striking the cauldron represents a ‘moment of crystallization’
- the realization of the sacred wedding.


For me the cauldron full of churning and boiling cane juice is symbolic of humans in our
material world. Our sweetness is difficult to access amidst the over-heated chaos around us. The cauldron defines the outer limits of our consensus reality.  The hammer represents concentrated force and potential action.  Extending the metaphor, a hammer-strike is a shocking event.  It’s an epiphany; an awakening; and a moment of inflection.  The hammer strike forces a quantum jump in energy and state when shock waves move through and beyond the confines of the cauldron.  This is the moment when information can travel faster than light.

All over, and through the centuries people and organizations have struggled to construct
more perfect societies.  We seek to demonstrate an affirmative answer to the question, Is
there intelligent life in our corner of the galaxy?  By joining our spirits to our material lives,
we can begin to articulate an answer. It is my desire that this blog will be a catalyst in the quest for such an answer. I know this world contains many fine, learned and accomplished people who have spent lifetimes wrestling with these same issues.  I read them, hear them and honor them.
Here, and with your help, I will add some energy and vision to the cauldron and, if the time
is right, and the hammer strikes, alchemy just may happen.


Perhaps you agree with me that our current situation requires action.  We are experiencing an accelerating rate of change unimaginable to our grandparents.  The boiling is more rapid. Our recently attained state of technological development is a phase shift not unlike the time when the printing press changed the world. People everywhere hold previously unimagined power in their hands in the form of smart phones and other devices.  We now have an ability to get together and share solutions in a way never before possible. Ideas and strategies that have been simmering for a long time seem ready to crystalize into new forms and realities.

Sometimes it takes a while for humans to grok what’s right in front of us. Separation is illusion.

Physicists are coming around to share the view held by mystics that every particle/wave in the
universe is in “instantaneous” communication with every other particle/wave. As long as we believe we are isolated from each other and we remain marinated in the imagery of advertisers and the illusion of ‘free’ services provided by the siren servers, we are confused.  We find ourselves in a situation similar to cane juice boiling.

Every advance in technology and civilization begins with imagination and visualization. In contradiction of the stereotype, I see artists everywhere modeling health and sanity in these chaotic times. I am dreaming and imagining a better world.  The challenge will be to make it real in our lives here and now - to become good ancestors.   What could be more interesting or important?

Bruce Springsteen – Working On A Dream

Putting the mettle to the kettle

In coming posts, I will offer ideas, visions and solutions that will form the basis for an Open
Source Art Project/Thought Experiment.  If these posts resonate with you and you express an interest, you will be invited to participate as co-expressionists in a collaborative effort. Involvement in the project will require good temperament and character and qualities of endurance and courage.  We will test our mettle and add it to the kettle.

Elon Musk famously inspires dedicated work and impossible schedules by getting people to
take up his vision of a permanent human settlement on Mars within a few years. What if we can inspire each other with our own vision of viable, sustainable human cities right here, right now, on planet Earth? A few thousand like-minded souls, in collaboration, can change the course we’re on and model a better future. Now seems to be the ideal time for such a hammer strike of inspiration.

In our moment of clarity we will see that this lucid dream is ours to consciously direct.
Consensus reality is just that - an agreement among ourselves that this world, with its structures and institutions continues to exist. What if we wake up, redesign the game, and decide to do things differently? 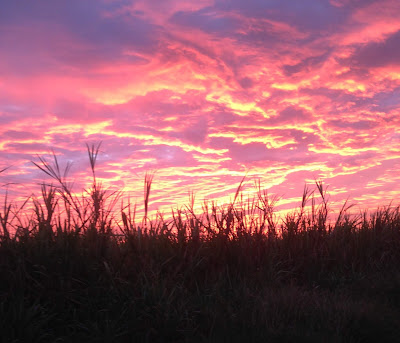 Dantarr
I was born in 1955 in National City, Calif. Susan and I were married in 1994. I have worked in leaded glass for more than 40 years. I've been elected, rejected, selected, connected, and disaffected. Now, I want to share some thoughts wtih you about a vision I had.